Golf is probably the only sport where there are the widest range of equipments. Each equipment has its own special scenario where it needs to be used. The club set of a golfer usually contains 12 clubs out of which there are seven irons. Irons are clubs whose heads are made of solid steel they are generally used for shots where the ball needs to cover shorter distances. They are used on various occasions either for a shot to send the ball near the hole or for extraction of the ball from hazards.

Mizuno is a world renowned sports equipment manufacturer which originated in Osaka, Japan. It manufactures equipment for different sports but is widely known for its specialisation in golf irons. Mizuno is widely used and preferred by the professional golfers and is a common name in the professional tours and championship. If you have decided to give Mizuno irons a try, and are asking yourself the question, ‘Which Mizuno irons are the best for me?’ We are here to answer the question for you.

In this guide we will be reviewing three handpicked Mizuno iron sets which are considered among the best for you. 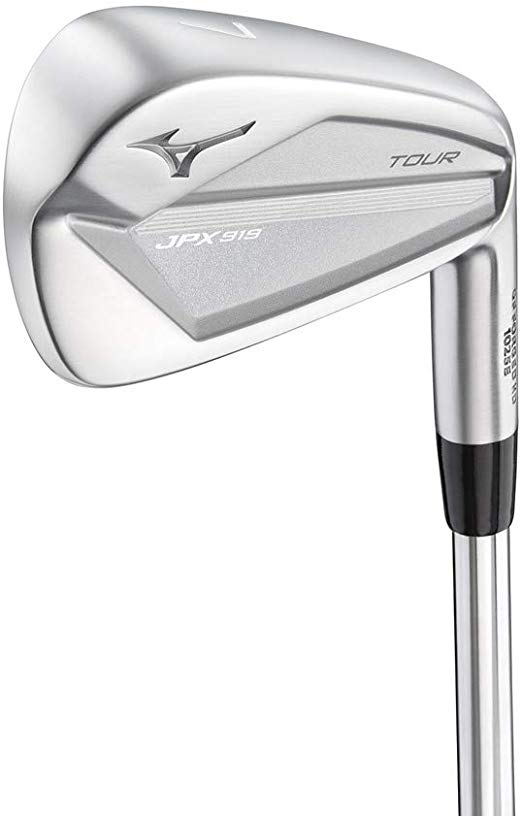 The first iron from Mizuno that we will be using is the Mizuno JPX919 Tour Golf Iron Set. These irons are high quality clubs and provide the highest degree performance in regards to distance control and accuracy. It is a worthy successor to the highly popular and famous JPX900.

The head of the JPX919 is equipped with the Grain Flow Forged HD technology. This is an in house technology made by Mizuno that alters the impact area of the head by increasing the grain density. This improves the feedback of the head and also its feel and structure. There is also an open heel design which freeze up 5 grams of weight from the head which is redistributed in other parts of the club.

The chrome plating that is present on the JPX919, is matted down to have a pearl finish which in turn helps to increase the durability of JPX919. It also helps to reduce glare from the club therefore reducing distractions for the golfer. 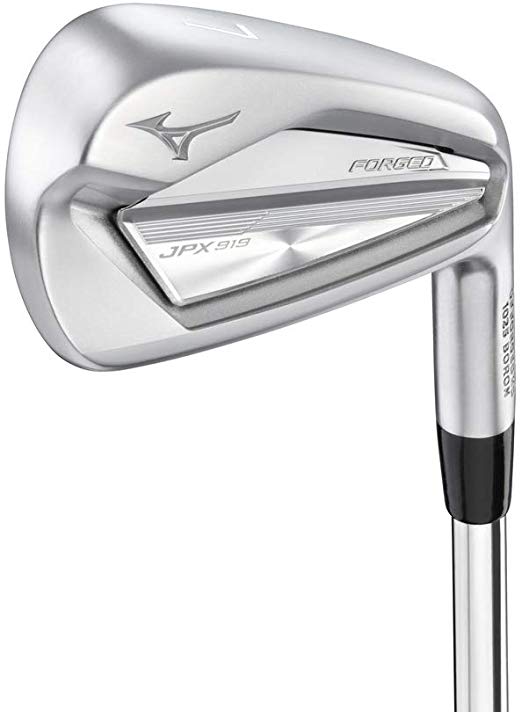 The second Mizuno iron that we will be reviewing to tackle your question, ‘Which Mizuno irons are the best for me?’, is the Mizuno JPX919 Forged Golf Iron Set. The JPX919 Forged is quite similar to the JPX919 Tour but with certain differences with the head of the iron and its build material.

The JPX919 also incorporates the open heel design of the head, which makes for a different sole grind of the head. It also makes way for the same stability frame which is present on the JPX919 Tour model. It increases stability and provides sound and vibration outputs which are preferred by the professionals as well as being par with poor quality.

The JPX919 Forged model has increased the ball carry capabilities and provides a minimum of three yards more carry distance than the previous JPX900 model. The moment of inertia of the JPX919 Forged is increased due to the open heel technology. The 5 grams shed from the head of the club has been distributed between the hosel and the toe of the club. The center of gravity of the club has also been repositioned towards the center of the phase providing the club with better accuracy and feedback. 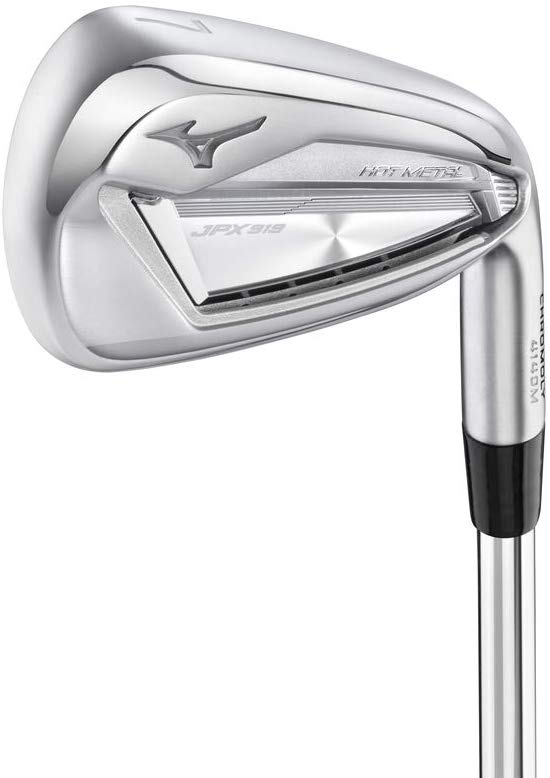 The third Mizuno iron that we will review here is the Mizuno JPX919 Hot Metal Golf Iron Set. Being from the same JPX919 family, it shares some of the features but at the same time has its own distinguishing features. One of the major differences and features of the JPX919 Hot Metal is that the material it uses is Chromoly 4140M.

Chromoly is a metal that is much stronger than steel. Its higher strength index per weight of itself makes it stronger as well as lighter than steel.

Along with these characteristics, Chromoly is more malleable than iron. This helps for much better fitting. Being from the JPX919 family it shares the same stability frame. This provides the Hot Metal with enhanced stability launch speed motion of inertia and feedback. Throughout the Hot Metal iron there are reengineered sound ribs, which help the cloud to provide vibration patterns which are specific to the hit points of the head.

From the above reviews it is evident that the Mizuno JPX919 hot metal is the best choice because it offers a better build material and features at the same price.