To all the male triathletes out there, we get how important your running shoe is to your experience. In your search for the Ultimate Triathlon Shoe, take your researcher's advice and consider the following three options. We've culled the shelves of the best running shoe purveyors out there, and narrowed the finalists down to three. These three each earn high recommendations from our reviewers, and you could trust your feet to any of them. They are the Giro Prolight SLX, Giro Mele Triathlon Shoe, and ASICS Gel Noosa Tri 9 Running Shoe. You'll probably end up getting more than one, so you can do the cycling and running up to your standards. You'll feel better if you accept that right off the bat. 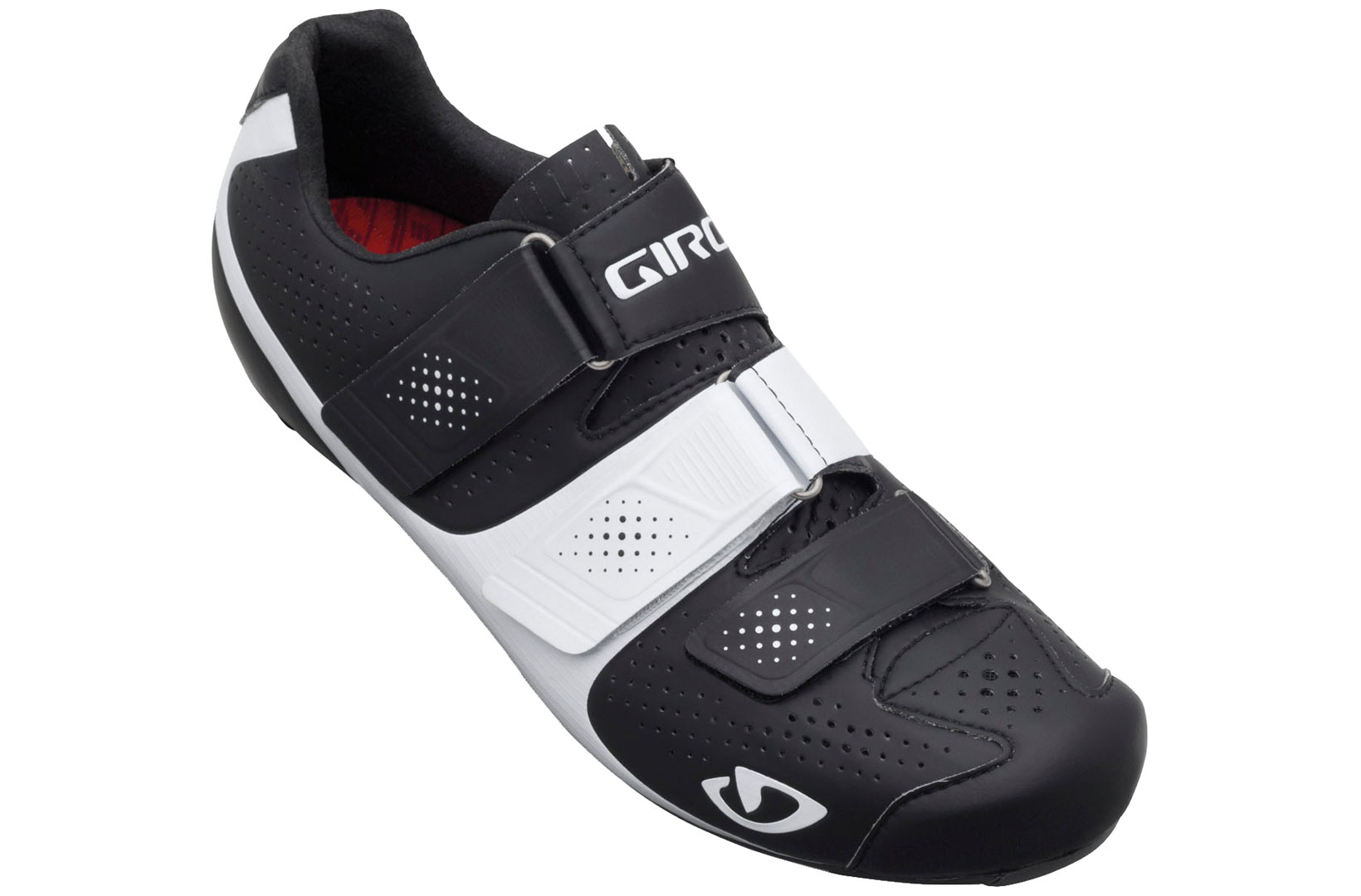 First Reason to Love them: They're Light as a Feather

The Giro Prolight SLX are some of the lightest cycling shoes on the market. Experienced racers find themselves surprised when they put these puppies on their feet. The less weight the better, as you sail past the pack. They look good too: The white ones have red highlights on the soles, the black ones sport a classy look, and the black shoes with neon yellow highlights say "Look at me! Oh wait, you can't, 'cuz I just passed you in the dust. Try to find me after the race if I'm not already home drinking a beer."

Second Reason to Love them: They Provide Magical Amounts of Support

The Prolights have something about them - we've searched but can't find it, maybe because it's invisible and magic - but this thing supports your feet. After 50 miles, your bad boys won't feel fatigued. Magic may not be the most manly of adjectives, but it *is* a quality that cannot be denied once it's been felt.

What People are Saying

Buyers on Amazon have left 14 reviews overall, and gave an average score of 4 1/2 stars. On the positive end, buyers have been amazed by the qualities praised above - they're consistently remarked upon for being light and supportive.

Feet are fickle in their size, and the negative reviews reflect that fact. Some say the Prolight SLX fit is odd, snug, not snug enough, or what have you. Some say that the fit is perfect though, so get a few grains out of your salt shaker. Some think the small velcro strap is weird, but it hasn't fallen off despite its small size - as far as can be ascertained by the reviews at least. Some wish there was a speedplay sole on the shoe. The amazing thing is though again - the shoe stays light even with an attached speedplay cleat and adapter.

These are racing shoes. People love them so much they've been seen doing errands in them after they've detached the cleat and adapter, but these really are for the diehard triathlete. Your feet won't be fatigued. You'll barely feel them they're so light. Last but not least for some of the guys out there - the less flashy (see the third review below) yet still style-conscious men -- you will look down and be hard pressed not to stop and think, damn - I am hot. These are all good things. 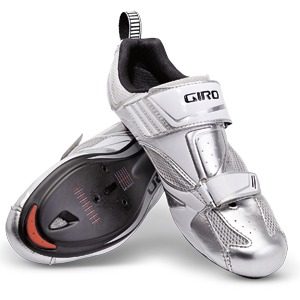 First Reason to Love Them: Quality

For this second contender, you can bet on their solidity; they're Giro. Not as pretty as the first one reviewed, yet also not as speedy.

Second Reason to Love Them: Quality

They're affordable Giros. Wait, we already said that. Well, let it sink in. Like your body weight on your well-supported feet.

These black shoes, with a nice highlighter yellow touch, deliver the goods. Amazon buyers left 8 reviews, again averaging 4 1/2 stars. The five star reviews took up a full 75% of total reviews, which is the highest percentage of these three shoes gathered here. The complaints were extremely minimal - some say sizing is perfect, others that it's too narrow on this one but that a larger size fits - in fact, the complaints were so minimal they were nonexistent outside of size. 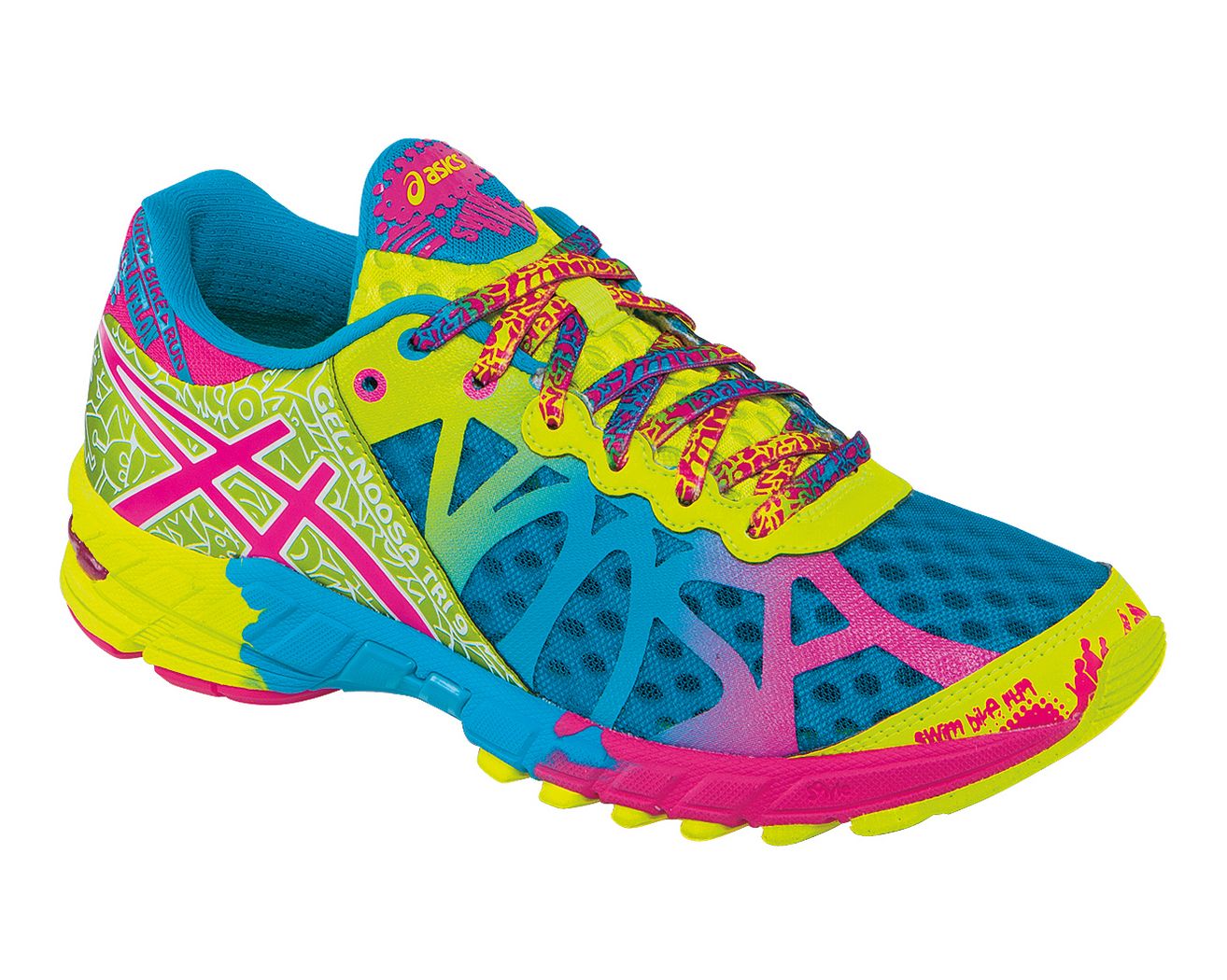 First Reason to Love Them: Reliability

Many people can tell you this firsthand, because many people own them. Amazon highlights a review by a triathlete physician who recommends these to his patients. Also, these are the least expensive of the bunch - they were found at less than $90 recently on Amazon, and they've been spotted for less than $60 in other places.

Second Reason to Love Them: The Cool Factor

Only Real Men wear ASICS Gel Noosa Tri 9s. Why, you ask? Because you have to be comfortable in color. Gel Noosa Tri 9s sport bright combinations of color that scream off the road to everyone passing by. If you want a good shoe though and that bothers you, run faster by them. Are they running a triathlon? Didn't think so.

These have an amazing 852 reviews on Amazon, with a composite score of 4 1/2 stars. You can't get much higher praise than from a physician who runs and trains in them for hours a week. Yet there is higher praise: one runner reported the disappearance of knee pain after running in these shoes. Many report they fit so well they feel like extensions of the foot itself. Lightness, breathability and durability get consistent props.

In the negative reviews, buyers reported the typical problems with size fit. One said there were problems with a rigid rear heel, others with pain in the ball of the foot. The upshot of these seems to be that if the shoe doesn't fit, don't wear it. It will cause pain. Return them. In the 852 reviews, however, the positives overwhelmingly outweighed the negatives, and this with the psychologically inherent quality of human beings to dwell on the negative. So that's very positive indeed. 73% in fact of the reviews used five stars, for those of you who like evidence to back up their positivity.