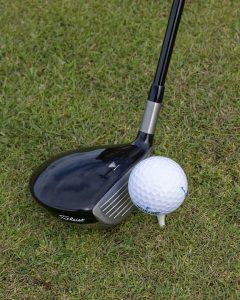 Honestly, hitting long irons in golf is never a cakewalk. It is indeed hard to learn the trick to hit 3 irons in the golf game and shoot lower scores.

There are different styles of irons to choose from. For a beginner “the cavity back” style of iron is perfect to start their game with. But a pro golf player will always choose the “muscle-back” or “blade” style of iron to get that perfect shot. Want to know the difference between the “cavity back” and “muscle-back” style of iron. In a “cavity back” style of irons, the rear of the clubhead is hollowed out to a certain degree whereas in “muscle-back” the rear of the clubhead features a full back. The hollowed-out feature of the cavity back style helps to get the effect of “perimeter-weighing”. This feature is specifically helpful for players that are less-accomplished in golf. Remember if you are a beginner who is just starting with golf, always choose irons that mention “super game improvement” or “game improvement”.

Now let’s get back to the main topic for which you all are here for. So what is the trick of hitting 3 irons in golf? How do golfers make it seem so easy and smooth?

I understand it’s really impressive to witness a 3 iron carrying 230 with that soft landing and an epic putt. But is it that easy as it seems? Not. After a few hits of chunky and thin shots during your round, it is really hard to keep up that confidence. But with practice and dedication, nothing is impossible. Learn the basics of the game first and then with regular practice of repeatable and consistent swing speed you will be all set to hit a 3 iron in golf with absolute ease.

Let’s dive in to find out more about how to hit long iron and shoot some of your lowest scores.

Get the right setup

It’s evident that to get those perfect longer shots you need to perfect setup. If your setup is not correct, forget about the idea of hitting long irons. Here we have a few steps for you to get your set up perfect.

The general rule says “the wider the club the wider the feet”. Therefore your stance should be slightly wider than normal and the distance between your feet should also be wider than your shoulder’s width.

The next key to hitting a 3 iron in golf is the positioning of the golf ball. The front-center of your stance is ideally the perfect position to hit long irons.

Once you are confident about your stance and ball positioning the next step to consider is the grip and positioning. If you want to hit long irons then you should have much of a forward press. Try to adjust your hand in such a position that your hands are slightly ahead of your ball. The left-hand needs to be adjusted accordingly.

The next key to hit long irons is the length of the backswing. Don’t go with the name rather try to keep the back-swing normal rather slightly longer than mid-iron. Remember not to over-do it because rather than helping with long irons it will spoil your shot.

One of the reasons that golfers are not being able to hit long irons is because they are filled with lies. First, you need to understand hitting long irons are generally for the golf players that are pro. Even many players play golf for years but when it comes to hitting long irons they often mess up. So if you are an amateur golfer and you want to hit a 3 iron in golf then consistency is the key. Want to know a trick? Open the clubface slightly for your long irons. The more the steeper the better the contact is going to be.

The first and foremost mistake that amateur golfers assume between short and long irons is the swing speed of the iron. They pre-assume that to hit long irons one needs a hard swing which is a total misconception. The next difference between hitting long irons and short irons is the positioning of the ball.

There are two ways of hitting long irons:

How amazing it feels to hit the long irons high and it lands softly. But one doesn’t witness this often but when it does it gives that feeling of accomplishment. Move your ball slightly up in your stance. If you want to hit high make sure that you finish high. The main thing to bear in mind here is the follow-up. Another thing you better not forget is not to try lifting the ball too much this will only lead to thin and low skulls.

This seems quite peculiar but it’s indeed a fact. You can hit long irons low. You need to keep your follow through more in your rib area and below your shoulders. Another thing to mind is not to put it too far back from the stance rather it must be behind normal.

If you are planning to hit a 3 iron in golf in your first round then you are simply heading towards disappointment. Don’t pressurize yourself into this. Practice your golf skills and you will achieve the golf skills that you desire for.

At the end of the day what matters is whether you enjoyed your game or not.